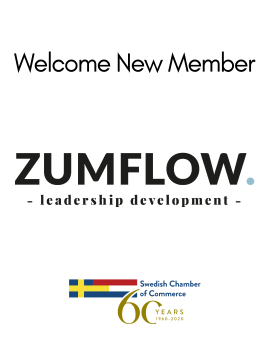 Welcome New Member Zumflow Leadership Development
October 14, 2021
The Swedish Chamber of Commerce is very pleased to give a warm welcome to ZUMFLOW Leadership Development. ZUMFLOW coaches, designs and delivers workshops and leadership programmes with a focus on effective and authentic leadership. We are looking forward to introducing ZUMFLOW to our business network and to a fruitful and exciting collaboration. Please read more about ZUMFLOW .
More 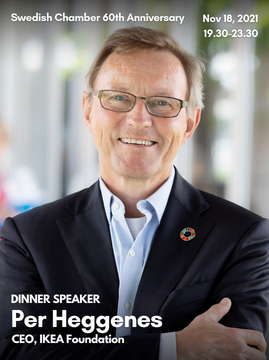 Per Heggenes confirmed Dinner Speaker at the Swedish Chamber’s 60th Anniversary Gala Dinner
October 14, 2021
The Swedish Chamber is proud to present Per Heggenes, CEO of IKEA Foundation, as our prominent Dinner Speaker at the upcoming event The Swedish Chamber’s 60th Anniversary Gala Dinner on November 18, 2021.
Per Heggenes is the CEO of IKEA Foundation, the philanthropic arm of Stichting INGKA Foundation, the owner of the Swedish home furnishings company, IKEA. As CEO, Heggenes sets and drives the Foundation’s funding and innovation strategies, and is a tireless advocate for children living in some of the world’s poorest communities. Since becoming the Foundation’s first CEO in 2009, Heggenes has presided over the Foundation’s evolution into a global, grant-making philanthropy that funds programs in more than 45 countries. He serves as an Advisory Group member of the Humanitarian Policy Group at the Overseas Development Institute, London. Heggenes is also a Councilor for the World Refugee Council, Canada and a member of the World Commission for Forced Displacement.
For more information, please visit the .
More 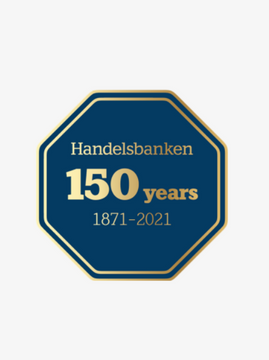 Handelsbanken – Turning 150 years
October 13, 2021
This year, 2021, the Swe-Cham member Handelsbanken turns 150 years old. In 1871, the royal decree granted Handelsbanken its first banking charter, which means that the then King gave them permission to begin operating a bank. Back then, His Majesty Carl XV, King of Sweden and Norway, was on the throne.   The Swedish Chamber of Commerce extends a great congratulation to Handelsbanken for their 150 years! 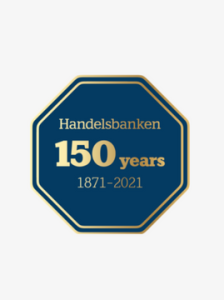 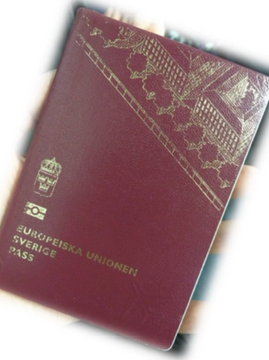 Q&A with the Embassy regarding Passports
October 11, 2021
On November 7, you will have the opportunity to ask questions to staff from the Swedish Embassy in the Hague regarding passports, citizenship, passport application, etc. The question time will be held in connection with the worship and is a collaboration between the Church of Sweden, SWEA-Holland, Swedish-Dutch Association, and Swedish The club. Location: Finse Huis, ´s-Gravendijkwal 64, Rotterdam Time: 11:00 for more information,
More 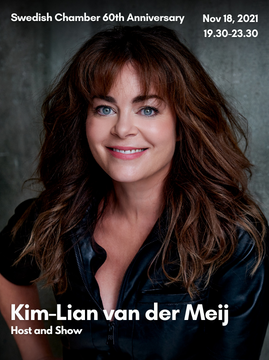 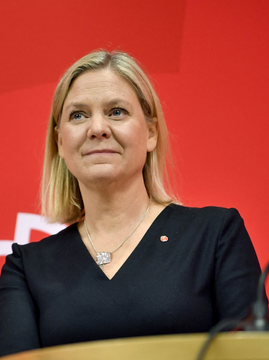 Magdalena Andersson, Sweden’s Finance Chief, nominated to become first female PM
October 11, 2021
The Swedish Finance Chief, Magdalena Andersson, has agreed upon becoming the party leader of the Social Democrats, paving the way for her to become the first female head of government in the Nordic Nations. Andersson's chances to win the election are high but given the political paralysis and multitude of parties, there could occur surprises.   For more information,
More 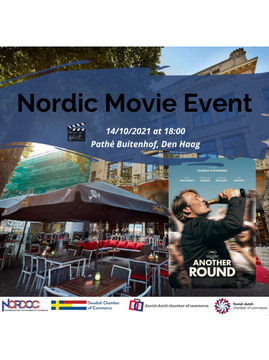 Upcoming Nordic Movie Event on October 14
October 8, 2021
On October 14, the Nordic Chambers in the Netherlands are pleased to present the upcoming Nordic Movie Event.   The Danish movie called Another Round will be shown, with Danish audio but English Subtitles. This is a great opportunity to network, treat yourself with some beverages and snacks, and enjoy a good movie.   We are hoping to see you all at the Pathé Buitenhof, Den Haag, on October 14! The event is free of charge however, registration is compulsory. Please follow the link and bring your Covid-19 pass and ID with you.   Link: https://bit.ly/3ln4npJ
More 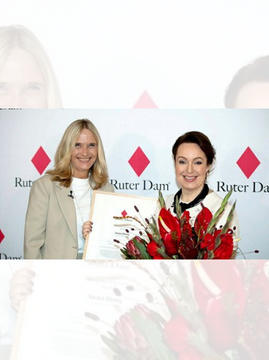 When Ruter Dam was founded in 1987, there were no women in large companies on top-level. The exception being Antonia Ax:son Johnson, who always been an important role model. She inherited her position, which she managed and developed with honour.

When Kerstin Stenberg was appointed Deputy CEO and CFO of the PK Bank in 1990, it was sensational. Ruter Dam presented the nomination and for the first time awarded Ruter Dam's Honorary Award to PK Bank, CEO Christer Zetterberg and the appointed CEO Kerstin Stenberg. At the time it was very brave to appoint a woman to such a post. Today, there are many female managers at the same level, which is very pleasing.

Selection process for the Honorary Award Ruter Dam of the Year

Ruter Dam's board monitors nominations on the highest levels. At a jury meeting, the board decides which woman has been given the greatest responsibility during the year in terms of number of employees, turnover and total responsibility.

During the Ruter Dam Award ceremony, in mid-October each year, we award the honorary Ruter Dam with a diploma and the honour to the chosen female manager who has been promoted and been given the greatest leadership responsibility during the year. In 1997 and 2007, the Honorary Award was presented by Her Majesty the Queen.