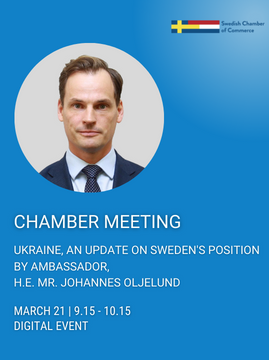 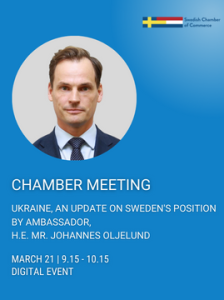 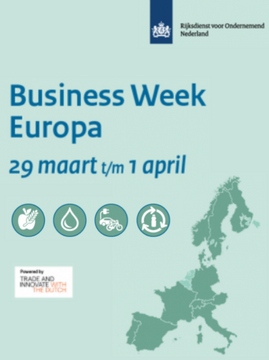 Online Business Week Europe – March 29 to April 1
March 14, 2022
The online Business Week Europe organized by Netherlands Enterprise Agency (RVO), Trade & Innovate NL, Dutch embassy networks in involved European countries, will take place from March 29 to April 1. The focus will be on the themes of sustainable food, water & waste processing and mobility. Participating countries: Germany, France, Italy, Spain, Portugal, Austria, Switzerland, Denmark, Norway, Finland and Sweden. Through interactive digital sessions, experts from various European countries share their knowledge and experiences with you. On Friday April 1, the event will be held live to close the Businessweek in person during a network drink. For whom? The Business Week Europe focuses on starting and experienced Dutch entrepreneurs who want to discover European markets or expand their sales market. For more information and to register for this event,
More 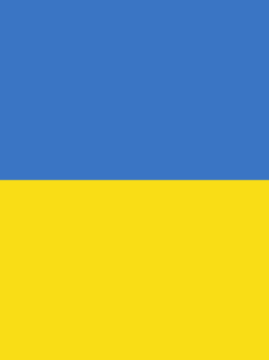 Our thoughts are with the people of Ukraine
March 13, 2022
We are all deeply shocked and horrified by the devastating war in Ukraine. Our thoughts go to the people of Ukraine and the immense human sufferings as they find themselves in the midst of a warzone. A unified western community strongly condemns the war and are horrified by the acts of violence against innocent people as it tries to deliver as much human support as possible. The war in Ukraine is first of all a human tragedy but at the same time one cannot ignore the critical political situation and the huge risks for long term consequences for the global security. Whilst economic impact seems trivial in the greater scheme of what is now happening, nonetheless the global economy and trade has already been, and will continue to be, heavily affected. At the Swedish Chamber we follow the developments in order to help our members navigate the latest and most relevant information. We encourage our member companies to support the human aid organizations who are standing by to help the people of Ukraine with immediate support. We will also re-launch our Member-to-Member series to pull together some useful resources which might be helpful when trying to understand how this war impacts you and your business. In addition, we will host several events related to the changing business landscape, including security and the global economy. If you have any other questions or if you would like to share your knowledge and expertise with your fellow members in a short webinar do not hesitate to reach out to the Chamber at
More IMPACT OF RUSSIAN INVASION ON SWEDISH COMPANIES AND FOREIGN TRADE
March 13, 2022
In light of Russia’s invasion of Ukraine and the following sanctions, the Government is now strengthening preparedness for the Swedish business sector and foreign trade through close dialogue with relevant actors. The economic effects on Sweden are currently limited, but the situation concerning increased energy and oil prices, as well as the turbulent capital market, may deteriorate. There may be quite extensive and serious consequences for the world economy, which is why the Government is closely monitoring developments and is prepared to act depending on how events unfold. Karl-Petter Thorwaldsson, Minister for Business, Industry and Innovation and Anna Hallberg, Minister for Foreign Trade and Nordic Affairs. Magnus Liljegren/Government Offices of Sweden   The Russian invasion has led to the most serious security situation since the Second World War and is creating great uncertainty. This is illustrated by reactions in financial markets and by the fact that the price of raw materials such as oil and gas has risen, which affects the Swedish economy. The relevant Swedish government agencies are working hard to support Swedish companies by gathering information on how the sanctions against Russia may affect these companies. This can then be used to help them to navigate and make strategic assessments in this very complex situation. “We must be prepared for both the short-term and the long-term effects of the developments we are currently seeing. Sweden has very strong public finances and so good opportunities to act if and when necessary – depending on how the situation develops. Let me emphasise that the Government greatly appreciates the work and the major efforts that companies with a presence in Ukraine are making for their staff on the ground. I am proud to be part of a Government that, together with the EU and a host of other countries, stands up for democracy and for the right of each country to determine its own future,” says Minister for Business, Industry and Innovation Karl-Petter Thorwaldsson. As part of the efforts to strengthen Sweden’s preparedness, the Government is now establishing closer dialogue with the business sector, trade unions and relevant government agencies to obtain an overview of the situation. “We hope for a speedy end and a withdrawal, but we must prepare for a protracted conflict that will test us as a country and as citizens, and that will test our business sector. We are not yet able to get a full overview of the effects of the crisis. That is why the Government – and I, as Minister for Foreign Trade and Nordic Affairs – see dialogue with the business sector, trade unions and other countries as crucial – we exchange information, pool our strength and work towards a common goal. We are stronger together,” says Ms Hallberg.
More 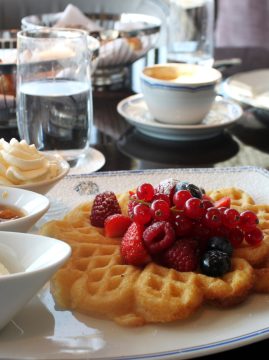 MARCH 27, SWEDISH CHURCH SERVICE IN AMSTERDAM WITH HOME BAKED WAFFLES
March 12, 2022
The Church of Sweden in the Netherlands invites you to church service in Amsterdam followed by home baked Swedish waffles by SWEA Holland   When: Sunday, March 27, 2022 Time:  13.00 Where:  Oud-Katholieke kerk Address: Ruysdaelstraat 37, 1071 XA, Amsterdam   Booking information: To make sure you will not miss out on the delicious waffles pre-registration is  required to :   Service will be in Swedish For more information 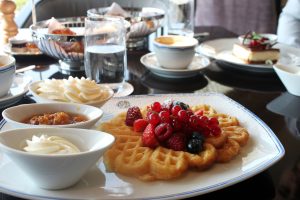 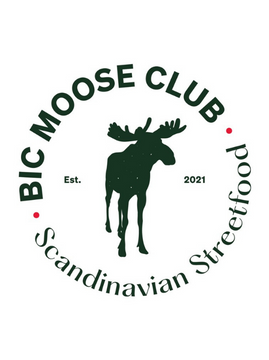 On the Melkmarkt in the very heart of Zwolle, the old Hanseatic City, you will find the Bluefinger Innovation Centre (BIC) by Swedish Chamber member Henk Bremer. An important part of the BIC is the BIC Moose Club, a noticeable Scandinavian Street food restaurant. The Innovation Centre emphasizes the strong bond between the Netherlands and Sweden, two superpowers in the field of innovation. The BIC focus is unique: the development of human innovation power. Crucial for bringing about innovative ideas is the interaction between people, Our BIC Moose Club is the perfect place to network and discuss while having a drink and a snack.

In display as well as in cosines, friendly crew, delicious food, snacks and drinks, we do our outmost best to innovative and rejuvenate. We offer you, as our valued guest, a taste of Sweden and the remarkable traditional treats from Scandinavia. On our beautiful terrace, opposite the ancient church and alongside the Big Market, you may relax and enjoy our delicate dishes, snack and drinks. 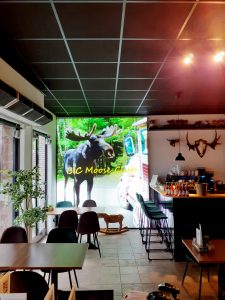 What's on the Menu at BC Moose Club? A little lesson in culinary Swedish: 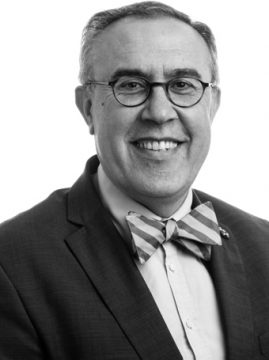 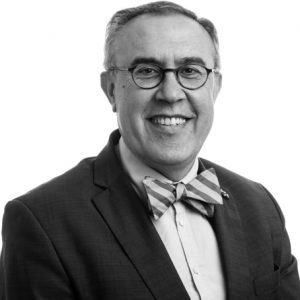 A snapshot of Ehsan’s journey For those who wonder how such a born diplomat ended up at IKEA, this was not Ehsan’s original plan. Ehsan was born in Kabul in 1959. With political unrest growing in Afghanistan in the late 70s, Ehsan’s parents decided he needed to leave the country. The hope was to get him to the US, where he could work alongside an uncle in the embassy.   Instead, Ehsan landed in the Netherlands, where he eventually applied for asylum and completed his studies. Unfortunately, his dream of becoming a diplomat in the foreign service never came to be, due to the increasing and persistent turmoil in his birth country. Always an optimist, Ehsan did not let that stop him. He started a new path and eventually found IKEA in 1991, via a traineeship at IKEA Amsterdam.   Ehsan moved through many roles in his 30 years with IKEA, most in the field of international and local relations. At the start of the new millennium, he also became something of a bridge-builder for his homeland, welcoming other positions next to his work. These included Honorary Consul-General of Afghanistan in Rotterdam and Amsterdam, Advisor to the Netherlands Institute for International Relations (Clingendael), and Chairman of the Swedish Chamber of Commerce in the Netherlands.   Words from the Vice President of the Swedish Chamber of Commerce: “We are devastated and terribly sad to lose Ehsan, Chairman of the Swedish Chamber of Commerce, fellow member, and friend, says Johan Uhlin, Managing Director Scania Production Zwolle B.V. and Vice Chairman of the Swedish Chamber of Commerce. Ehsan’s unique warm personality and interest in others touched everyone who met with him. He literally saw everyone he came across and his inclusiveness made everyone feel welcome. He was a role model for all of us at the Swedish Chamber of Commerce Board of Directors. With his positive energy and warm heart for Sweden and the trade relations between Sweden and the Netherland, he is an inspiration for us as we will continue our work honoring these values in his amazing spirit. Our thoughts are with his family and colleagues and with all members and friends who will miss him so dearly”. Words from H.E. Ambassador of Sweden Mr. Johannes Oljelund, Honorary Chairman of the Swedish Chamber of Commerce: “Ehsan has been a leader in fostering and expanding the relationship between Sweden and the Netherlands for a long time. We, the staff of the Swedish Embassy, are deeply saddened by his passing. We will remember Ehsan with deep respect for his knowledge, warmth and energy. Ehsan has fulfilled the role of guide for many Swedish ambassadors and staff members of the embassy. I am very grateful that I had the chance to get to know Ehsan and want to express my heartfelt condolences to Ehsan’s family” says Johannes Oljelund, Ambassador of Sweden and Honorary Chairman of the Swedish Chamber of Commerce.   Ways to remember Ehsan A condolences session organized by the family will be held on Thursday, 10 March from 19:00–20:45 in the auditorium of the Oud Eik en Duinen cemetery. All are welcome to join. Address: Laan van Eik en Duinen 40, The Hague   A private funeral will take place on Friday, 11 March at 11:30. You may join via livestream. 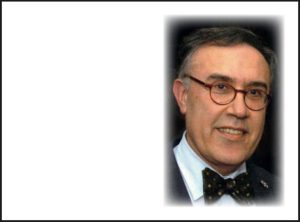 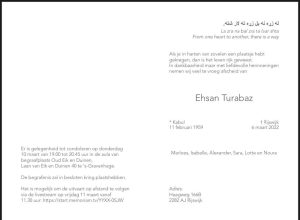 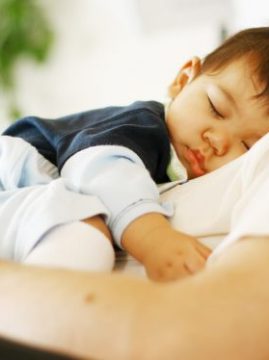 PAID PARENTAL LEAVE IN THE NL GOES UP TO ENCOURAGE MORE DADS TO STAY HOME
March 8, 2022
From August, parents in the Netherlands will have the right to nine weeks parental leave, paid at 70% of their daily rate up – to a maximum of €155. The previous cabinet had been planning a 50% payment, but the senate voted in favour of a higher amount, forcing ministers to rethink. The aim is to better spread the burden of care between both parents, social affairs minister Karien van Gennip said. ‘By increasing the salary percentage to 70%, we are making it easier to take leave,’ she said. ‘This will also help young fathers become more involved in raising their children.’ Currently parents can take 26 weeks unpaid parental leave until the child reaches the age of eight. Once the amended legislation is passed, that will switch to nine weeks paid – funded by the government – and 17 unpaid. Research published by national statistics office CBS in 2019 found that just one in 10 young fathers take time off work under the official unpaid paternity leave scheme.   Read more at DutchNews.nl: https://www.dutchnews.nl/news/2022/03/paid-parental-leave-goes-up-to-encourage-more-dads-to-stay-home/
More
« First«...89101112...203040...»Last »