While 2016 may have come and gone, it won’t soon be forgotten by anyone active in the Stockholm tech startup scene. A new year is upon us, and with it the promise of new discoveries, innovations, and – for Stockholm’s entrepreneurs – the chance to build on some of the trends that characterized the city’s startup scene in 2016.

True – it may be hard for 2017 to top what was clearly a banner year for startups in the Swedish capital. But one never knows when the next game-changing Swedish unicorn may emerge. And with Forbes magazine ranking Sweden the best country in the world for business, it’s hard not to be optimistic about the year ahead.

And for anyone having a hard time keeping track, we’ve put together a handy list of 10 important stories and developments from the Stockholm tech scene in 2016.

In its annual look at which cities have the most supportive environments for startups, South Korea-based accelerator SparkLabs ranked Stockholm second only to Silicon Valley. Indeed, Stockholm (and its mere 2.1m residents) outpaced megacities like New York, LA, and Beijing.

“The Stockholm startup ecosystem is flourishing, says Jessica Stark of Stockholm startup hub SUP46 “Since we have so many promising startups in Stockholm, the interest and investment climate have been amazing in 2016. And I am also happy to see how successful companies give back to the startup community, helping startups and the community to develop and grow further.”

2. Stockholm startups snapping up other startups

For many, part of the startup dream includes a scene when a big company swoops in and acquires the business. But 2016 may be known as the year when Stockholm startups went on the offensive themselves, gobbling up other companies.

“There is clearly a trend shift,” says Per Roman, Co-Founder and Managing Partner of technology investment bank GP Bullhound LLP. “We’re seeing a new generation of business leaders emerge who’ve been inspired by Silicon Valley where acquisitions have long been a part of companies’ growth strategy, both in terms of gaining new technologies and protecting against being disrupted themselves.”

Klarna, Easypark, iZettle, and Storytell are just a few of the Stockholm-based startups that made major acquisitions in 2016. Gaming startup Starbreeze bought three other companies last year, while Spotify acquired four. So while plenty of Stockholm startups remain acquisition targets themselves, many others may have your company in their sights.

3. An explosion of new startup hubs

2016 may go down as the year when early-stage Stockholm startups got organized, coalescing into an even more orderly network of innovation hubs.

The Norrsken Social Innovation Hub launched by Klarna founder Niklas Adalberth broke new ground in more than one way, and the just-announced Stockholm Fintech Hub (set to open its doors in early 2017) received a lot of fanfare as well. Even pioneering hubs SUP46 and Epicenter upgraded and expanded their operations to keep pace with the trend they helped launch. Impact Hub. Embassy. H2Hub. The list of Stockholm startup hubs just keeps getting longer and will surely grow even more in 2017.

A whopping $1.4 billion was invested in Stockholm-based companies in 2016 through 247 deals. That’s way more than the $892 million that was invested in 2015 – which was itself a record year. What’s more, Stockholm pulled in 54 percent of all the capital invested in the Nordics last year.

In other words, one out of three investments made in the Nordics was made in Stockholm in 2016 – up from one in four in 2015. Sure, the Nordics may be hot in general, but as Nordic Web CEO Neil Murray puts it, “Stockholm continues to outpace them all.”

Stockholm’s stock exchanges added an impressive 99 new listings in 2016, including 74 IPOs (compared with 69 IPOs in London), making the Swedish capital one of the hottest IPO markets in Europe. The trend is further evidence of Stockholm’s strong ecosystem for small companies (see point 1 above).
Indeed, through the first nine months of 2016, Stockholm and the Nordics reached a dominant position in the European IPO market, accounting for nearly 30 percent of European IPOs by volume and 35 percent by value, according to figures from consultancy PwC.

“What makes Stockholm unique in an international perspective is our ability to help small and medium sized companies raise capital in the public market, and it was particularly exciting to see an increased interest from non-traditional sectors last year, including tech, gaming and biotech,” says Adam Kostyál, Nasdaq’s senior vice president and head of European listings in Stockholm.

It’s no secret that foreign talent has been a key ingredient to Stockholm’s booming tech scene. Sure, Sweden produces its fair share of talented programmers and entrepreneurs, but a country of 9 million (and a city of about 2 million) needs talent from every corner of the globe. And the Swedish capital, is clearly a tech talent magnet, a recent LinkedIn report reveals. That new blood has helped give Stockholm an amazing pool of experienced talent – and the highest density of programmers of all startup hubs in Europe.

7. A mega-round for Spotify

Spotify has long been held up as a Stockholm startup success story. In just a few years, the music streaming service has risen to be a dominant player in digital music distribution. For music lovers of a certain age, it’s arguable that Spotify is more synonymous with Swedish music than 70s supergroup Abba. And in 2016, Spotify flexed its muscles further by raising $1 billion in debt to help finance its continued growth ahead of an expected IPO in 2017.

8. Stockholm home to half the new (and biggest) funds raised in Europe in 2016

That’s right. Not only is Stockholm home to an impressive array of proven and potential unicorns, but the city also offers some serious financing muscle in the form of big name venture capital firms like Northzone, Creandum, and EQT Partners. And it just so happens that these firms launched three of the six largest new investment funds in Europe in 2016. That means Stockholm startups can potentially access more than €1 billion in investment capital right in their own backyard.

Speaking of Creandum, they compiled some revealing figures in a report published earlier in 2016 that not only show “how well Nordics are punching well above their weight” when it comes to billion dollar exits, but also how Sweden is in a class by itself when it comes to successful exits. Put simply, for exits above $100 million, Sweden creates more value than the rest of the Nordics combined. Boom!

As any seasoned entrepreneur can tell you, starting a company is one thing – but scaling into a successful business or market leader is quite another. And on this measure, Stockholm once again is near the top of the pack, being ranked 2nd in the 2016 European Digital Cities Index when it comes to scaling up, scoring especially strong marks when it comes to access to capital, entrepreneurial culture, and knowledge spillovers.

So, next time you meet someone curious about the Stockholm startup scene, remember this article. And be sure to watch this space.

This article was published in collaboration between Invest Stockholm and The Local.

This article was published in collaboration between Invest Stockholm and The Local. 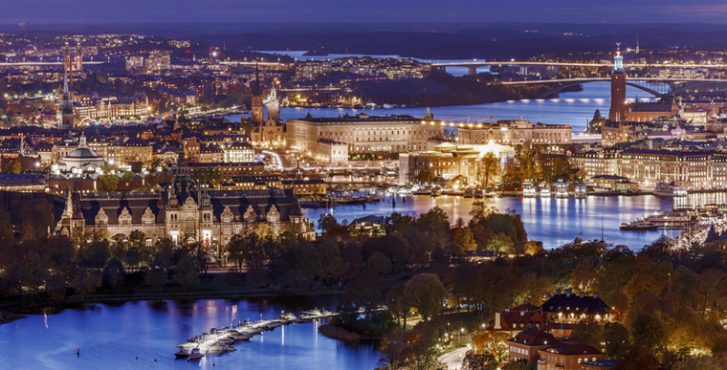