Home > News > News > A meeting with Vincent Bosgraaf, Skogsgreven, or the Lazy Vegan if we may?

A meeting with Vincent Bosgraaf, Skogsgreven, or the Lazy Vegan if we may?

Home > News > News > A meeting with Vincent Bosgraaf, Skogsgreven, or the Lazy Vegan if we may?
Back to overview

On a sunny autumn afternoon, we had the opportunity to sit down and have a talk with the Swedish Chamber member Vincent Bosgraaf, owner of the family-run company, Skogsgreven. For those of you not familiar with Skogsgreven they have a long history and expertise in freshly frozen potato fry-ups, or as you probably know it better, pyttipanna!

It was Vincent’s father, Sietze Bosgraaf that founded Skogsgreven back in 1996. As a young cook, he was curious and enthusiastic about the possibilities about frozen potato dishes and developed a new and unique Pyttipanna recipe that was exactly what the Scandinavian people were yearning for. This recipe is today the most classical there is when buying Pyttipanna!

About four years ago, Vincent Bosgraaf took over the family business. About the same time, he also joined the Swedish Chamber of Commerce. The Bosgraaf family is Dutch, but they have lived back and forth in Sweden, in the little town Strömstad, to be exact. Vincent’s reason for joining the Swedish Chamber of Commerce was more on the personal side of it, he claims. He enjoys meeting Swedish people and thinks that this is a perfect forum for it.

Vincent describes himself and his activation in the Swedish Chamber to be a bit low-key, but from now on, things might just change for that matter. Since recently, Vincent Bosgraaf started a new company called Lazy Vegan, his own brand and company that he thinks is the ultimate answer to the lack of vegan and vegetarian food options in grocery stores.

“Lazy Vegans are kind, they don’t harm animals, the planet or their own health. Lazy Vegans are chill, they make dinner in less than ten minutes and have time for the fun stuff.”

The idea behind the product Vincent got from acknowledging the lack of vegan and vegetarian frozen food options in grocery stores. As the trend goes there are a lot of meat substitutes available, but not so many dishes containing them ready to buy.

This is what Lazy Vegan wants to solve, a healthy dinner, with lots of vegetables, together with the protein hero pulled peaz(!) As we had the chance to try it too, we concur, it really is delicious! The product is set to launch in Swedish stores approximately in May 2018.

Welcome to visit the website of Lazy Vegan by clicking here! 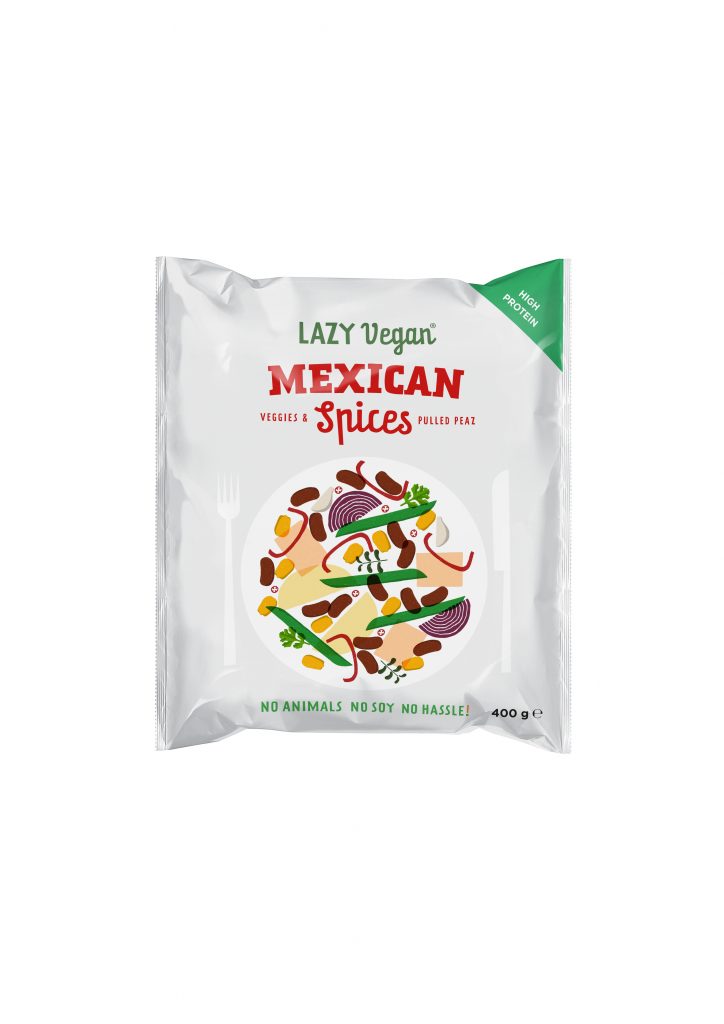 These are the products approaching the Swedish stores in May 2018. We got to taste them and it was super delicious!