Ministers, unions and employers have reached agreement on a third round of government support for companies hit by the coronavirus crisis, with a new end date of July 1, 2021. As now, companies will be able to apply for help in paying wages under the NOW scheme if their turnover has gone down by at least 20%. Earlier leaks had suggested this would be cut to 30%. In addition, firms will be able to claim up to 90% of their wage bill. Again, there had been suggestions this would be cut, or gradually reduced. However, the payment does depend on employers committing to putting more money into retraining staff, so they can move to other jobs. According to broadcaster NOS, the impact of the measures will be looked at in January, and may be watered down then. However, employer chief Hans de Boer and the unions said they were pleased with the deal which offers a ‘solid’ commitment on retraining. And social affairs minister Wouter Koolmees said the discussions with unions and employers were ‘constructive’. The details of the agreement will be finalised in Friday’s cabinet meeting and later made public.

and at the Dutch Government: https://bit.ly/2DcP6Ve 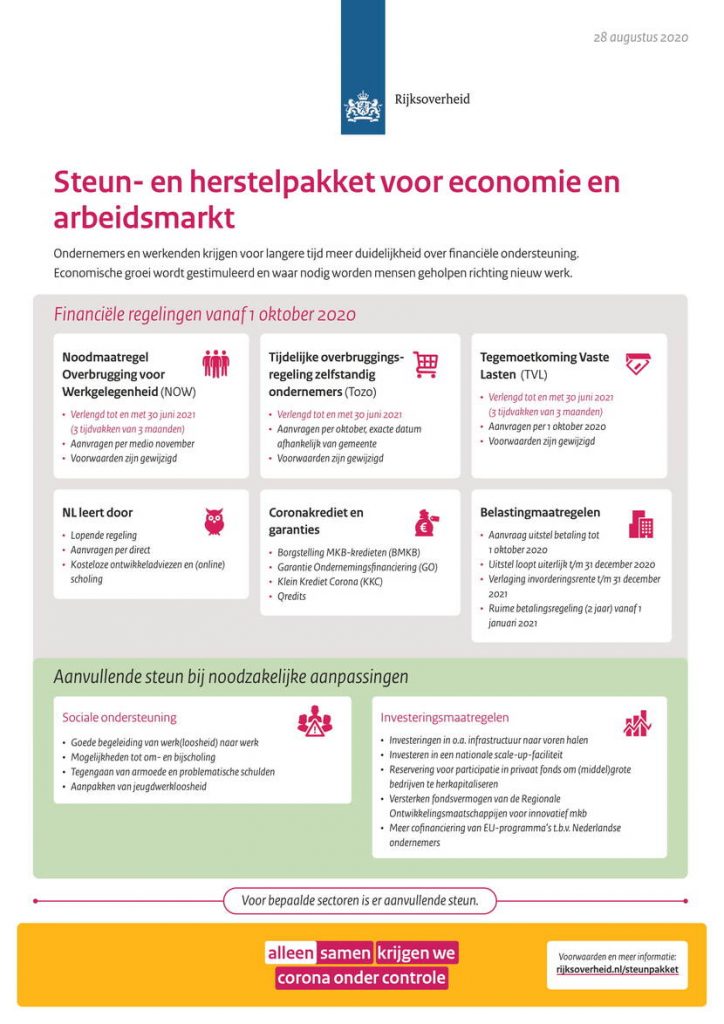