On 29 April, Dutch frigate HNLMS De Zeven Provinciën, entered the Stockholm port of Frihamnen together with two other naval ships of the Standing Nato Maritime Group. During the week, they have also conducted exercises with the Swedish submarine HMS Uppland. The naval visit and exercise activity have been scheduled for a long time. 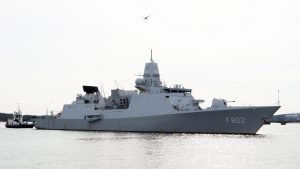 Naval visits are a regular occurrence and are carried out to allow the crew to rest, and for the ships to bunker food and other supplies. Next week, the SNMG 1 ships will continue to participate in exercises with the Swedish Navy in the Baltic Sea. The exercises aim to improve collaboration and operational capability. 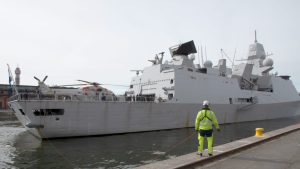 “Nato is learning from Swedish insights and expertise in the operational field, and I appreciate these high-level exercises that we regularly conduct together with the Swedish Navy“, says Commodore Ad van de Sande, Commander of the SNMG 1.

Six Nato members have coasts along the Baltic Sea and regularly participate in exercises with the Swedish and Finnish navies.