Marco de Lange has been appointed as the new Managing Director for Anticimex Netherlands as of July 1st. De Lange replaces Dick Bisschop, who after 2 years of dedication has accepted to take on a new role within Anticimex Europe. This was announced the 7th of July by group Anticimex, the leading worldwide expert in pest control and prevention.

“Dick Bisschop really succeeded in establishing Anticimex as a leading partner for pest control and prevention within the Dutch market, but also in expanding the company enormously. As a result, we have now acquired eight companies in 13 months. He will now work on the further expansion of Anticimex in Europe.”

His successor Marco de Lange, previously working as a Managing Director at Mitsubishi Motor Sales Netherlands, will continue along the path taken by Dick Bisschop. Marco de Lange will mostly focus on the continuity and further assurance of the company’s ethos for all businesses and acquisition partners of Anticimex Netherlands.

“I’m looking forward to a wonderful challenge at Anticimex, a company in full growth that wants to be the leader in digital innovative solutions but at the same time, has a great awareness about their environmental responsibility”, says Marco De Lange about his new position.

The Swedish Chamber of Commerce would like to thank Dick Bisschop for the excellent co-operation and wish him lots of success with his new European asignment. At the same time we would like to congratulate Marco de Lange and welcome him to the Swedish Chamber of Commerce and our Swedish – Dutch Business Network and we are looking forward to continue the excellent collaboration with Anticimex Nederland for the future. 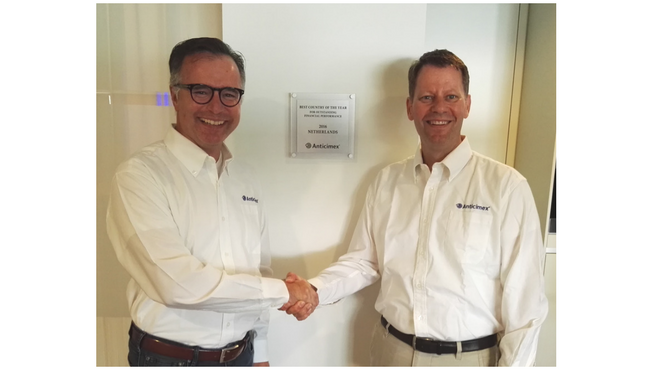