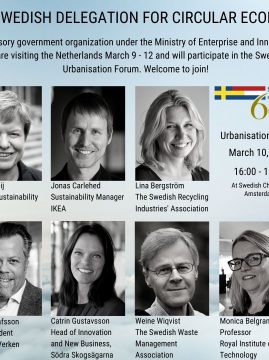 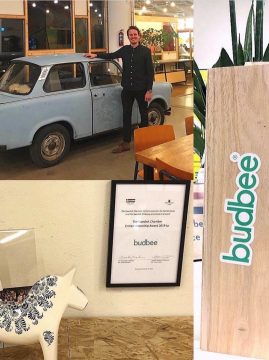 Company visit at Budbee
February 25, 2020
On Tuesday, February 18, we were happy to meet with Jørgen Höppener, General Manager at Budbee Netherlands for an inspiring interview! Stay tuned for our Annual Review, which will be out in April to read the interview and more!
More 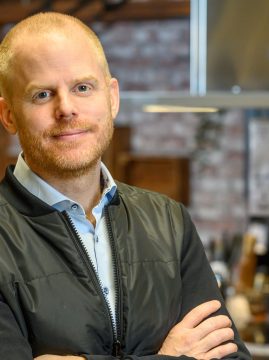 Jon Abrahamsson Ring new CEO of Inter IKEA Group
February 11, 2020
“Torbjörn Lööf, who has successfully led Inter IKEA Group, headed by Inter IKEA Holding B.V., for the last seven years, has decided to end his assignment,” says Anders Dahlvig, chairman of Inter IKEA Holding B.V. “His successor will be Jon Abrahamsson Ring, who today leads IKEA franchising. ”To facilitate a good handover, Jon will first become Inter IKEA Group Deputy CEO as from 1 March, reporting to Torbjörn. He will start as CEO on 1 September. His succession will be announced in due time. Torbjörn Lööf joined IKEA in 1989, and he has since held various leadership roles throughout the IKEA business. Before his present position, he led the development of the IKEA offer and the IKEA supply chain as the Managing Director at IKEA of Sweden AB. He became CEO of Inter IKEA in 2013. Under his leadership, Inter IKEA Group launched a new long-term direction to make IKEA even more affordable, accessible and sustainable. Also during Torbjörn’s leadership Inter IKEA performed a major business transformation – successfully acquiring and integrating all IKEA range, supply and industry activities and restructuring the IKEA franchise system. Equipped with a new structure and direction, IKEA has expanded to more than 15 new markets during Torbjörn’s leadership – making it one of the most intense period of international expansion for IKEA. Soon, IKEA will also enter South America, with the first store expected to open in Chile in 2021. “I have had more than 30 fantastic years with IKEA and the privilege to have many exciting assignments with the opportunity to live in different countries. IKEA has had a remarkable development during these years and it has been a big inspiration for me to be part of this journey. When I now have taken the decision to end my current assignment and time with IKEA, I do it with a lot of proudness of what we together have achieved. I will always carry with me the memories from all the wonderful meetings with IKEA colleagues and partners from around the world. It is all the people working at IKEA that makes us unique”, says Torbjörn Lööf. Jon Abrahamsson Ring started his career as a trainee at IKEA Örebro in 1998 after completing his Master’s Degree in Business Administration at Umeå University. A year later he moved to IKEA Canada, where he worked for four years. He then spent four years as assistant to IKEA founder Ingvar Kamprad before becoming Deputy Retail Manager for IKEA China. In 2008 Jon left the IKEA business to become CEO of the fashion brand Filippa K and – later – CEO of gardening brand Plantagen. He re-joined IKEA when he started working for Inter IKEA Systems in 2017. ”IKEA is in my heart and I truly believe in our vision to create a better everyday life for the many. IKEA is on a great journey, which is only in the beginning, and we will continue to stay true to who we are and what makes us unique: our culture and values, our vision and our business idea. And we must remain curious about our customers’ needs and dreams and their lives at home” says Jon and continues: “I am humbled by this opportunity, but also very proud and happy. I want to thank Torbjörn for his generous guidance and support, and Anders and the board for their trust in me.” “With a new IKEA direction and a solid franchise system in place, it’s a good time for Torbjörn to hand over responsibility as CEO of Inter IKEA Group,” says Anders Dahlvig and continues: “I sincerely thank Torbjörn for his important contribution to IKEA over many years. I have had the pleasure to work with him both in his role as MD of IKEA of Sweden and now as CEO of Inter IKEA Group. I have very much appreciated his leadership, commitment to the IKEA values, common sense approach to things, openness and vision about what is right for IKEA. I am sure we will find ways to continue our cooperation in one way or another in the future.” “I am very happy that Jon has accepted the position as CEO of Inter IKEA Group. Jon brings with him a leadership solidly grounded in our IKEA values, a broad IKEA experience, a commitment to our long-term direction, a healthy sense of urgency and a strong strategic ability that I am confident will greatly contribute to IKEA’s continued journey to create a better everyday life for the many people”, says Anders.
Inter IKEA Group                                                                                                                                                       11 February 2020Delft, The Netherla PRESS RELEASE
More

We participated in the Launch Event of the Swedish Chamber of Commerce Member, </salt>, School of Applied Technology. During this inspiring event we met Richard Andemark, CEO and Co-founder and Marcus Hammarberg, Head of Quality and Curriculum. We learned about the methods </salt> use to succeed in training developers in only 3 months, and about diversity in tech and how </salt> can strengthen the domestic workforce. 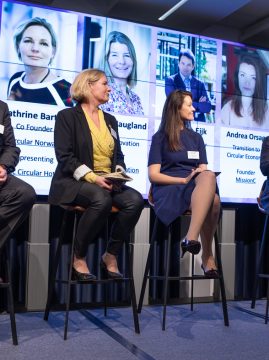 #NordicCE2020 thank you for joining!
February 6, 2020
On behalf of the Nordic Embassies, Nordic Chambers, European Commission in the Netherlands, and MissionC, we would like to thank everyone that joined the Nordic Circular Economy Summit 2020! Close to 200 people participated in this event and made it very special. To create a circular economy, countries, companies, and individuals must join together and collaborate. Visit Nordictalks.org for more photos and event report!
More 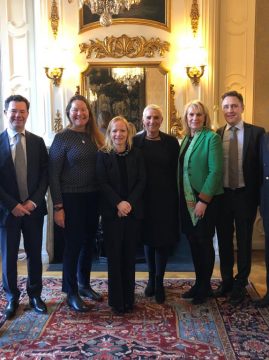 Swedish Chamber’s 60th anniversary TBT
February 4, 2020
To celebrate our 60th anniversary we have started a weekly Throw Back Thursday #TBT on Instagram. Here we will highlight some of the amazing Chamber memories and throw you back to the Swedish Chamber's previous decades! Welcome to follow us on Instagram and if you have anything to share yourself please feel free to hashtag #SweCham60 and #TBT. Follow our Instagram account on @swedishchambernl
More 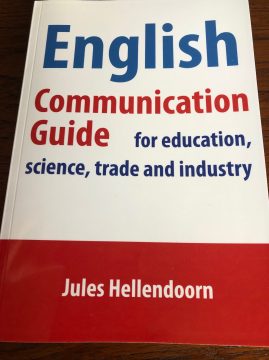 English Communication Guide for Education, Science, Trade and Industry, by Jules Hellendoorn
February 2, 2020
Long time Swedish Chamber of Commerce member Jules Hellendoorn, a former editor with Shell research laboratories and the manager of 'Translation Bureau Scandinavia' (specialised in English, Swedish and Dutch), have collected for more than 45 years a large number of errors frequently made in verbal and written communication by non-native English speaking researchers, report writers and others. This collection does not pretend to be an exhaustive study of all problems in English. Rather, it should be regarded as a remedial aid for those eager to refresh or improve their British English in both its written and verbal form. The English Communication Guide for education, science, trade and industry can be used in secondary and higher education, report writing, theses, trade, industry, lectures and speeches.   Publisher:  U2pi BV, The Hague ISBN-number: 978 90 8759 864 8 - NUR: 507 Order from the bookseller's
More
« First«...102030...99100101102103...110120130...»Last »