On July 9, 2021  in the Riksdag, Prime Minister Stefan Löfven announced the ministers who will serve in the Government. The change of government took place at a Council of State at the Royal Palace presided over by His Majesty The King.

Sweden’s new Government consists of the Prime Minister and 21 ministers.

Minister for Gender Equality and Housing, with responsibility for urban development, anti-segregation and anti-discrimination
Märta Stenevi

Minister for Culture and Democracy, with responsibility for sport
Amanda Lind

Minister for Environment and Climate, and Deputy Prime Minister 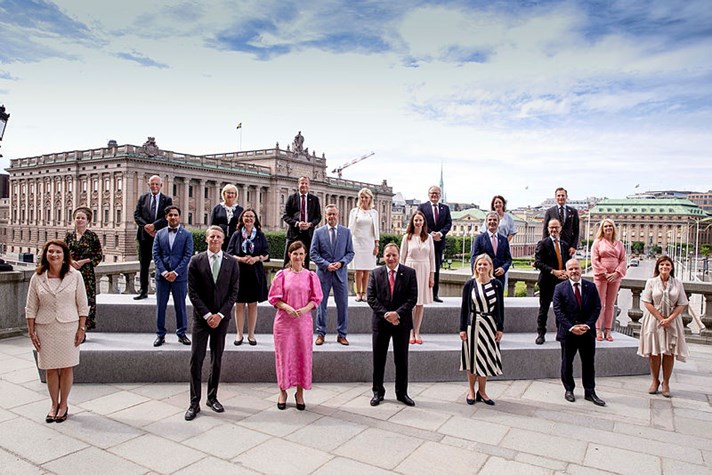