Swedish start-ups continued to break records in 2021, with 7.8 billion euros in VC investments – more than double the year before. VC investments were dominated by impact start-ups, raising more than half of the year’s funding, as shown in a new report.

The value of Swedish start-ups doubled in 2021, to 239 billion Euro, Europe’s highest valuation per capita. Thereby, Sweden joins the ranks as the fourth most valued start-up hub in Europe, following the UK, Germany, and the Netherlands. The growth among impact companies, a 20-times increase in enterprise value since 2017, is also Europe’s highest.

The report in short: 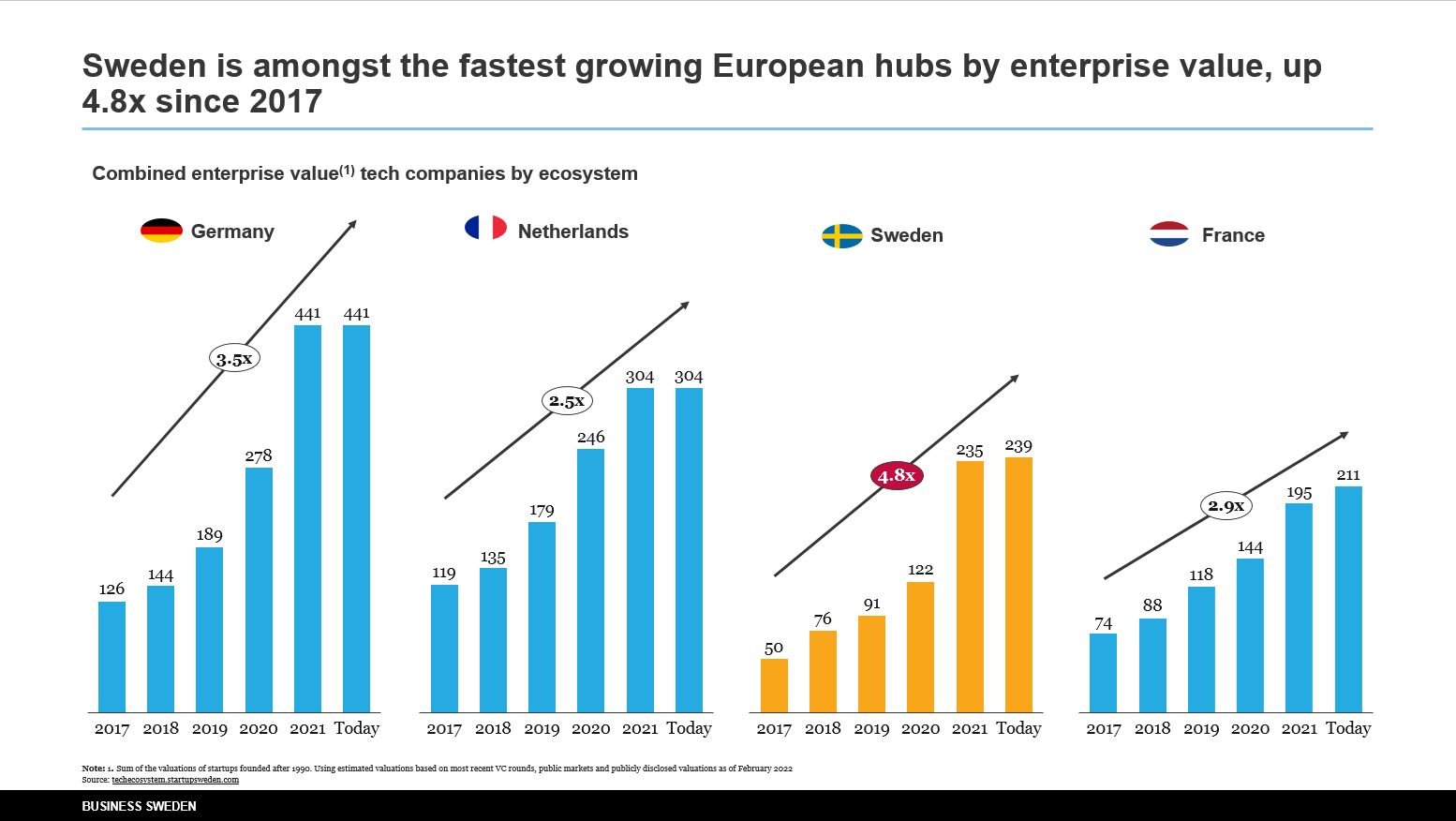