Home > News > News > The aftermath of the Swedish General Elections

The aftermath of the Swedish General Elections

The Swedish General Elections took place on Sunday, September 9. The final results were affirmed a week after the elections, meaning that it has been established how the Riksdag’s 349 seats shall be distributed among the eight parties. However, the results have left the two main political blocks at a deadlock, and it remains unknown who will govern the country. The voter participation for the 2018 elections landed on 87,18% (+1,38 compared to 2014 elections). Roughly 50.000-60.000 of these votes were cast by Swedes living abroad.

More information will gradually be available, as the new Riksdag will meet for a roll-call on Monday, September 24, and as the official ceremony for the opening of the Riksdag session takes place on September, 25. 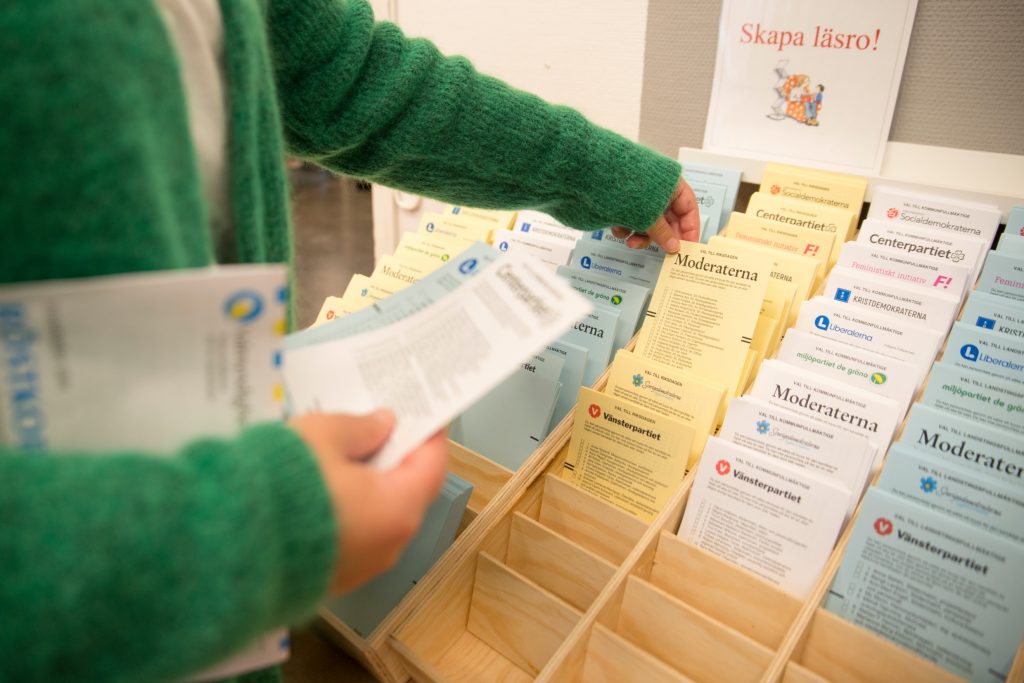