A team led by Julian Stubbs from UP THERE, EVERYWHERE have been working on the new branding project for Kungliga Djurgården, in Stockholm, Sweden.

An exciting new place brand identity for Royal Djurgården (the Royal Game Park) of Stockholm made its grand debut today at a special event attended by Björn Ulvaeus, the Swedish songwriter, and former ABBA band member. UP was delighted to be a part of the event, having led the team that created the new brand, identity, and website.

The area called Djurgården, in Stockholm, Sweden, is home to over forty museums, attractions, and restaurants. Museums include the world famous Vasa Museum, the amusement park Grönalund, Sweden’s largest cultural park, Skansen, and more recent arrivals such as ABBA The Museum. Djurgården is also the place Stockholmers love to go and simply hang out on during weekends. It’s also owned by the Swedish King.

Although each attraction is individually well known, there had never been any real attempt to market the place as a whole. To create a brand as an umbrella for all the attractions.

UP was approached in September 2016 to develop a brand, an identity and a new website for this unique place. It was a labor of love. 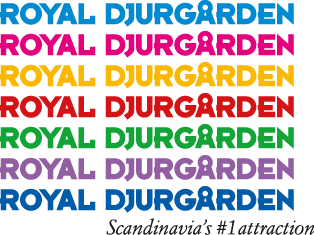