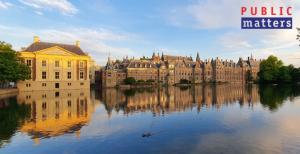 On Budget Day (known as ‘Prinsjesdag’), the third Tuesday of September, the Dutch government announces its plans and ambitions for the coming year. Traditionally, the King is first to present the plans in his annual King’s Speech (‘Troonrede’).

This year’s budget discussions in the run-up to Budget Day were unconventional. As the budget plan is usually finalized well before its presentation, the cabinet now continued negotiations until Budget Day – mostly focusing on measures to mitigate the sky-high energy prices. Due to the complexity of the relations between the 4 different parties in the governing coalition these negotations took longer than wanted.
After yesterday’s presentation of the government budget for 2023 by the Minister of Finance (Ms. Sigrid Kaag), a cycle of parliamentary debates, lasting until the beginning of December will follow. The budgets of all ministries must be approved by the House of Representatives and the Senate by 1 January 2023.

A key element of this year’s King’s Speech was the current distrust (towards politics) and feelings of uncertainty in Dutch society. Referring to how the Netherlands tackled historic crises, such as the reconstruction of the Netherlands after World War II, the King advocated for gradually regaining trust and hope – through collaboration. In this light, the King emphasized the important role of governmental organisations, such as the tax authority.