Home > News > News > Update Dutch Politics – New Dutch government not expected soon, but don’t worry about it
Back to overview

After a two-week break, the four negotiating parties – VVD (Liberal Conservatives), CDA (Christian Democrats), D66 (Liberal Democrats) and ChristenUnie (Christian Conservatives)
– have resumed talks to form a new government in the Netherlands. It’s been 147 days since Election Day (15 March, 2017), which already makes it the third longest formation period
in Dutch political history. There are essentially three reasons why forming a government is taking so long:

13 parties are represented in parliament and the largest party, the VVD (Liberal Conservatives), only has 33 of the 150 seats (22%) and the second largest party, Geert Wilders’ Party for Freedom (PVV)
only 20 seats (13%). This means that at least four parties are required to form a majority government.

2. The tradition of negotiating a relatively detailed government programme before the government is actually installed

In many other countries where coalition governments are common, they often agree on basic guidelines or principles and then deal with differences of opinion among coalition members as they occur.
In the Netherlands, a detailed government programme is written, which dictates the policy direction during the life of the government. This lengthens the time it takes to form a government
but on the other hand limits the risk of constant disagreements between coalition parties).

3. Most parties have excluded the second biggest party – Geert Wilders’ populist Party for Freedom (PVV) – from the negotiations

This makes it more difficult to form a government, as it leaves the other parties less options. Although the outcome of the current talks seems difficult to predict,
most insiders believe that an agreement is not expected soon – at least not this month.

In addition, the following observations with regards to these talks can be made:

1. Main points of difference between the negotiating parties are policies regarding climate, immigration and medical-ethical topics (euthanasia, etc.).

2. Employers’ organisation VNO-NCW and union federation FNV have been invited to provide input to the talks, which could be a sign the negotiations may be entering their final phase.

In the meantime, the situation seems fine – both from a political and economic perspective:

1. It’s business as usual, as the old government stays on as care-taker government, led by the current Prime Minister, Mark Rutte, who is very experienced, well-respected across most political
parties and popular among the public.

2. The economic conditions are favorable – high economic growth, low unemployment rate and no significant problems with the public finances – following which there doesn’t seem to be any major
acute financial or economic issue that needs to be addressed.

Therefore, whatever happens, whether a new government is formed soon or it will take a while – the Netherlands are doing just fine, don’t worry about it. 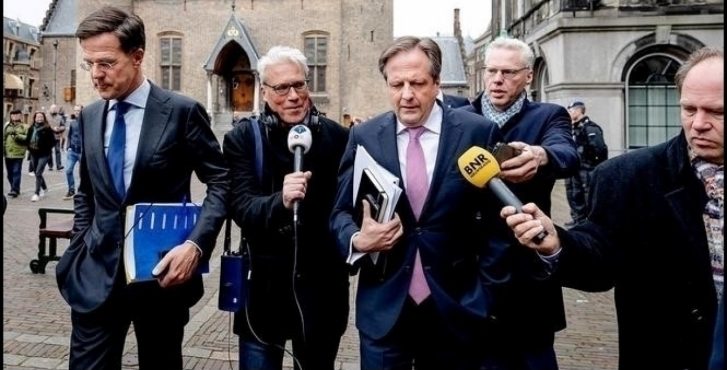