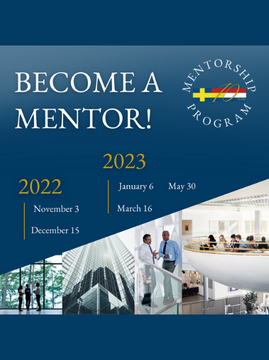 Apply to Become a Mentor or Mentee in the Mentorship Program 2022-2023
September 21, 2022
The Swedish Chamber of Commerce Mentorship Program offers a unique opportunity for young professionals to benefit from an exclusive seven-month program of group workshops and individual mentoring by experienced and successful senior industry professionals from across the Swedish-Dutch business community. The benefits for both mentors and mentees are unparalleled. For Mentors, it is a great chance to help the next generation flourish. Participating in this program is a great learning and networking opportunity for both mentees and mentors and offers great opportunities to meet and network with peers and business leaders and form lasting contacts. At this moment we are welcoming applications from female mentors and welcome you to join our great mentor team for 2022-2023! Click to learn more and to apply to become a mentor or mentee.
More 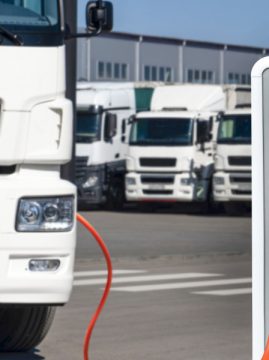 IKEA joins forces with four global companies by committing to EV 100+ to transition to zero-emission electric trucks by 2040.

Published20 September 2022
Electrification of road transport is one of the key solutions to decarbonise the transport industry. Although the electrification of heavy-duty road transport is still in an early stage, it’s accelerating in many countries, together with the increasing availability of renewable energy sources. IKEA's goal is to become climate positive by 2030. As a big transport buyer with more than 2 million shipments per year, IKEA has the responsibility to reduce its emissions and also the opportunity to show the way and speed up the decarbonisation of the transport industry. At , IKEA announced, together with four globally recognised businesses (, , and ), to commit to EV100+, a new transport leadership commitment to electrify fleets, launched today by the international non-profit organisation The Climate Group. The five companies have committed to transition their fleet of vehicles over 7.5 tonnes, known as medium- and heavy-duty vehicles (MHDVs), to zero-emission by 2040 in OECD markets, China and India. “The key to accelerating the deployment of zero-emission trucks is to collaborate confidently across the transport industry and create clarity on the direction. The electrification of transport plays a big role in phasing out fossil fuels in the IKEA supply chain. We are joining EV100+ to magnify the movement toward sustainable transport. It is urgent and doable”, says Elisabeth Munck af Rosenschöld, Sustainability Manager, Supply Chain Operation, IKEA Supply AG. EV100+ builds on the success of The Climate Group’s global EV100 initiative, launched in 2017, now celebrating its fifth anniversary. It brings together companies committed to making electric transport the new normal. EV100 gathers over 120 businesses across the globe, with a combined fleet of over 5.5 million vehicles. “We’re very excited to launch EV100+ at this year’s Climate Week NYC alongside IKEA. The EV100+ commitment is a great demonstration of leadership from all the founding members and builds on the work we have already done with IKEA on EV100. MHDVs represent the final frontier of zero-emission road transportation, and EV100+ will tackle the heaviest, most polluting vehicles across the world”, says Sandra Roling, Director of Transport at Climate Group.
More 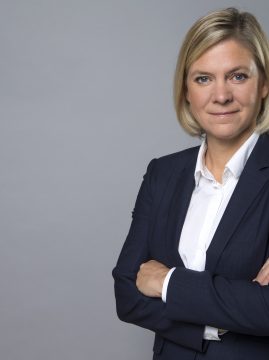 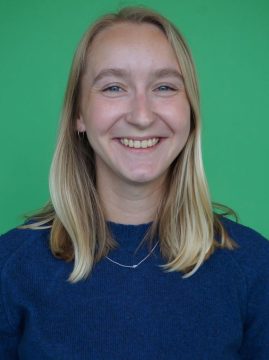 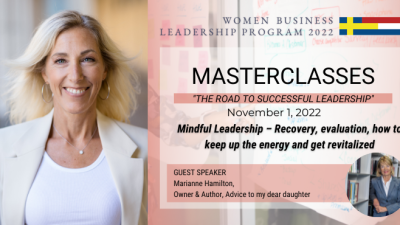 1 Nov
November 1, 2022 Masterclass Women Business Leadership – Mindful Leadership – Recovery, Evaluation, How to keep up the Energy and get Revitalized 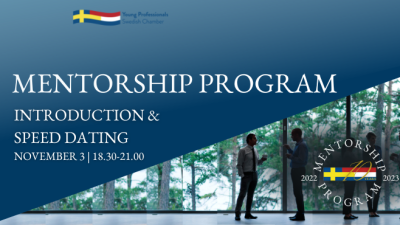 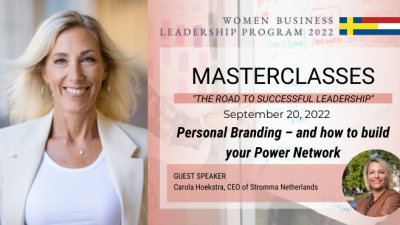 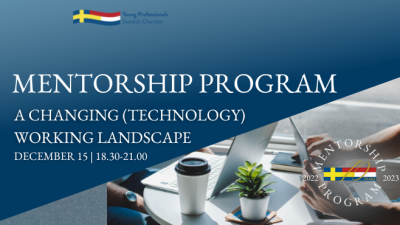