On June 3, 2021, the Swedish Chamber of Commerce for the Netherlands held its 61st Annual General Meeting hosted by H.E. Ambassador of Sweden and Honorary Chairman Mrs. Annika Markovic. This year the Annual General Meeting was conducted as a hybrid meeting with a majority of the Board Members present at the Swedish residence of the Swedish Ambassador while the members of the Swedish Chamber of Commerce were invited to participate via zoom. At the AGM three new Board Member were elected and welcomed by the Chairman, Carola Hoekstra, Strömma and Erik Thulin Stena Line, who were both present at the meeting and gave a short introduction of themselves prior to the election. Martijn Hagens, Vattenfall was unable to join the AGM and was therefore introduced by the Chairman.

The Swedish Chamber of Commerce Board of Directors also thanked the Chamber Scholar Benjamin Selvani and intern Gustaf Eriksson for the successful and professional execution of the meeting. 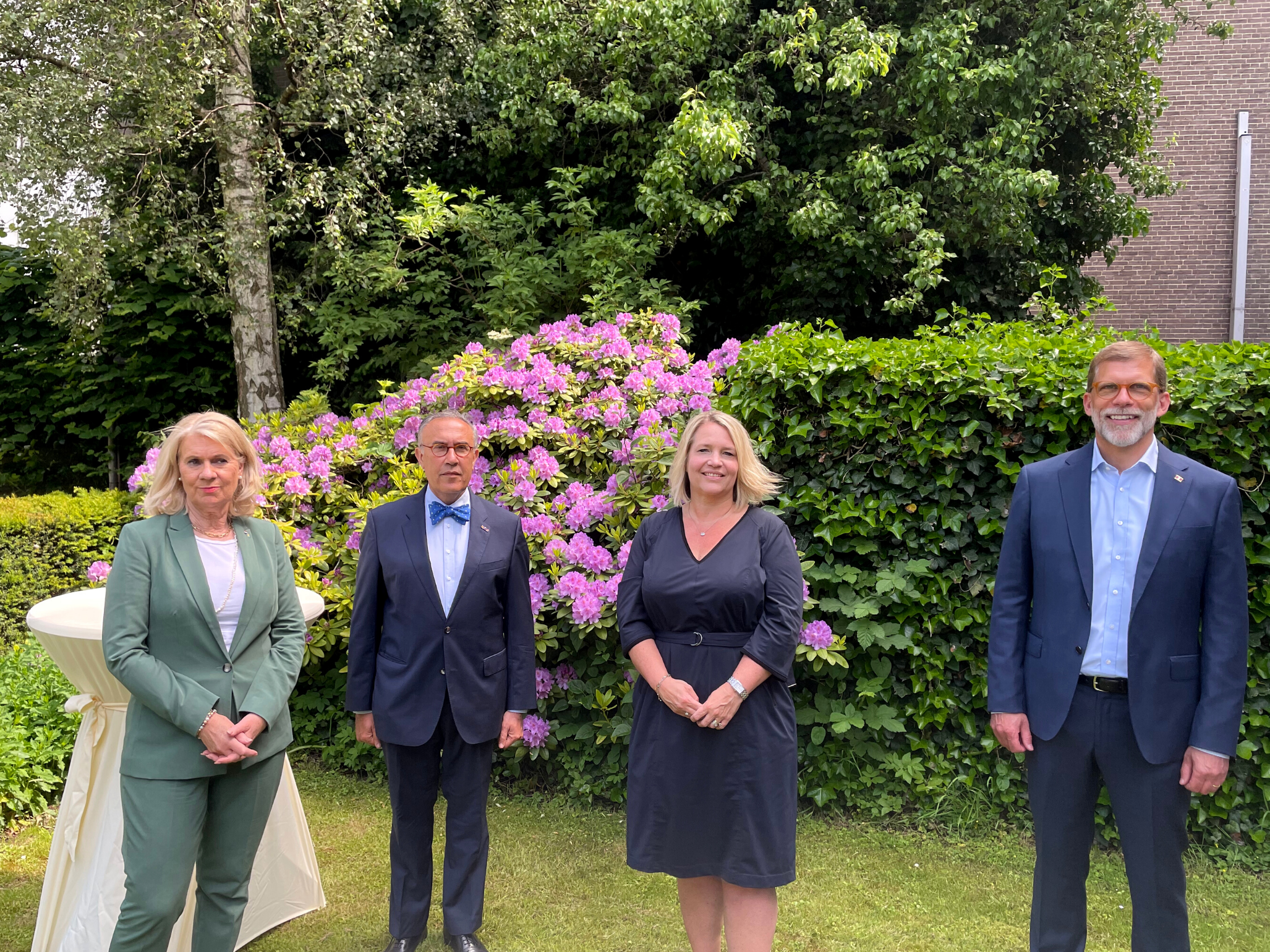