Home > Events > Uncategorized > October 20, 2020 Insights from the political and social landscape in the world’s leading economy

October 20, 2020 Insights from the political and social landscape in the world’s leading economy

Home > Events > Uncategorized > October 20, 2020 Insights from the political and social landscape in the world’s leading economy
Back to overview 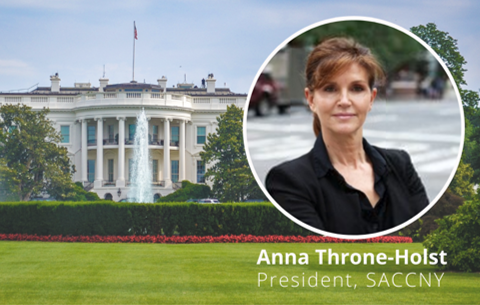 SWEDISH CHAMBER OF COMMERCE PARTNER WEBINAR: INSIGHTS FROM THE POLITICAL AND SOCIAL LANDSCAPE IN THE WORLD’S LEADING ECONOMY

The 2020 United States presidential election is scheduled for Tuesday, November 3, 2020. The local challenges are numerous. What are the different scenarios post-election in the world’s largest economy? And what will be the consequences for Europe, the companies and for trade between the continents?  Anna will share her experiences and insights as a politician, entrepreneur, and president of the Chamber of Commerce NY. 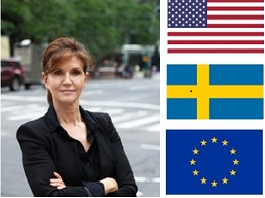 A graduate of American University and Columbia University, Anna Throne-Holst holds a bachelor’s degree in business management and international affairs, as well as a master’s degree in public administration and international affairs. Most recently she served as Southampton Town Supervisor, acting as CFO and COO and spearheaded the founding of the NYS Clean Water Technology Center at Stonybrook University. She was first elected to the Southampton Town Council in 2007 and won election to the position of Town Supervisor in 2009 and was subsequently re-elected to the position in 2011 and 2013.

In 2016, she ran as the Democratic candidate for the U.S. Congress to represent the 1st Congressional District of New York.
In 2017, she was appointed CEO of the Swedish American Chamber of Commerce in New York, where she manages a team tasked with promoting, supporting, and creating value for Swedish businesses in the United States. Anna is highly involved in social entrepreneurship and runs the Gateway project, which works for Swedish companies that are active or on their way into the American market.

Anna is a Swedish and American citizen and her family founded the company Marabou.

ORGANISED BY THE SWEDISH CHAMBER OF COMMERCE IN FRANCE IN PARTNERSHIP WITH: