De Kanselarij Der Nederlandse Orden has decided to honor Lukas Joel with a decoration by the King of the Netherlands and Mr. Joel was therefore decorated as Ridder in de Orde van Oranje Nassau on April 26, 2021. Due to the pandemic regulations, Mr. Joel — Member of the Swedish Chamber of Commerce and former Honorary Consul of Sweden in the Northern Netherlands — was visited at his home by the Mayor who conducted the decoration. The Swedish Chamber of Commerce for the Netherlands would like to express our warm congratulations! 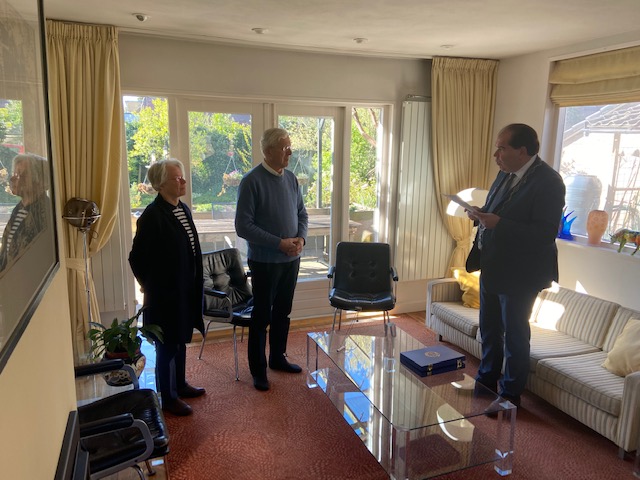