Malin Hedlund, empowering leaders to face the challenges of today

Home > News > News > Malin Hedlund, empowering leaders to face the challenges of today
Back to overview

Leadership and personal development is something that should not be underestimated in a high-demanding business society. The leadership coach, Malin Hedlund, MH Leadership, empowers leaders to face the challenges of today and helps them step into their greatness.

Malin Hedlund started out as a trainer in leadership, communication, and, presentation at Dale Carnegie Training in Sweden, in 1995. After that, she moved to a recruitment company, where she gained much knowledge and experience. Malin noticed that most managers had not reached their potential, despite their desire to grow in their professional development.

“I believed that I could offer a bespoke, holistic program focused around theindividual, and this led to MHLeadership.”

Realization of a personal goal

Malin Hedlund started MH Leadership in the middle of the recession of 2009 in Sweden. People in her surroundings told her that these kinds of services would never be prioritized in a recession, but if she made it through, anything would be possible. Being stubborn and set on her goal, she carried out her plan and managed to realize it.

In 2011, Malin moved with her family to the Netherlands and started building a new business network, something that took time and required a lot of effort and creativity from Malin’s side.

In a constantly shifting business society, corporations need to be adaptive and flexible in order to meet the demands of the market. This requires leaders, on all levels, that is fit to lead and comfortable in their role of managing others and at the same time themselves.

According to Malin, hierarchy within large enterprises seems to be decreasing, although some industries are still quite conservative. Organizational cultures are changing in the way of openness as for example open office landscapes, team involvement and cooperation with the whole group and moving across borders. With new generations taking more part in the labour market this also requires new ways of being a good and strong leader. A leader that is cohesive, self-aware and adaptive for trends and changes.

Malin firmly believes that well-being is one of the most important ingredients in being a sustainable leader, and also physical strength. The way of the world today revolves around quick-fixes and shortcuts into achieving goals or missions whereas Malin would claim that endurance and persistence pay off, and building a solid foundation is key.

Empowering women to be strong and confident leaders

According to Malin, she found a new dimension in the subjects and new ways of approaching and visualizing them. Besides the cooperation with the Swedish Chamber, Malin works a lot with leadership coaching for larger business, often within technical engineering. Currently, most businesses require her expertise within generally male-dominated branches. What Malin offers to these company’s is an inspiration for leaders to inspire their teams, group development, one-to-one coaching and personal development coaching for example. 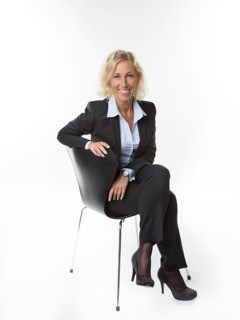