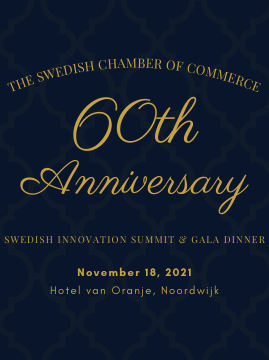 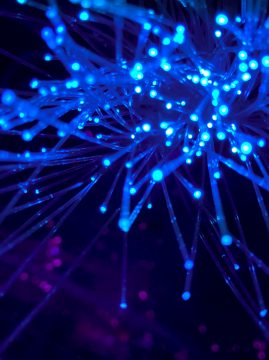 Delta to invest €2bn in glass fibre cable and double subscriber base
August 2, 2021
Telecom company Delta is investing €2bn in a glass fibre network in a challenge to market leaders KPN and Ziggo. Delta aims to double its subscriber base from some 900,000 to two million by 2025, which would give it 25% of the domestic market, the Financieele Dagblad reported. A consortium of ABN Amro, ING and a number of international banks are backing the loan. Delta’s focus has been on the more rural areas, where much of the internet still runs through copper phone connections but the company is now turning its attention to smaller villages and towns, the FD said. Ziggo has some 3.5 million connections, KPN three million. Delta’s owner, Swedish investment house EQT, tried to take over KPN last year.
More 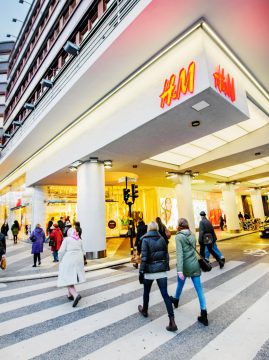 The GDP indicator provides an early picture of the development of the gross domestic product, GDP. It is compiled on a monthly and quarterly basis with more limited and preliminary statistics than the regular quarterly national accounts. The monthly version of the indicator lies outside the official statistics and is classified as statistics under construction.
In June, GDP was 10.5 percent higher than in the corresponding month a year ago, in calendar-adjusted figures. For the second quarter as a whole, GDP grew by 10.0 percent compared with the same quarter a year ago after working day adjustments. June had the same number of working days as the corresponding month last year while the first quarter as a whole had one additional working day compared to the same quarter last year. “The economy continued to grow during the second quarter, in line with what we have seen earlier this year. Year on year growth rates are the highest we currently have in our time series on Swedish GDP. This should be seen in the light of the severe economic effects of the pandemic on the economy in the second quarter last year. ” says Melker Loberg, economist at Statistics Sweden.
Photo Credits: Simon Paulin/imagebank.sweden.se
More 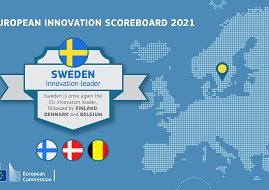 Sweden continues to be the  EU Innovation Leader according to European Innovation scoreboard 2021
August 2, 2021

The 2021 edition of the innovation scoreboard shows that Europe's innovation performance continues to improve across the EU. On average, innovation performance has increased by 12.5% since 2014. There is continued convergence within the EU, with lower-performing countries growing faster than higher-performing ones, therefore closing the innovation gap among them. Five EU countries witnessed an improvement in the performance of 25 percentage points or more (Cyprus, Estonia, Greece, Italy and Lithuania). Sweden continues to be the  EU Innovation Leader, followed by Finland, Denmark and Belgium, all with innovation performance well above the EU average. In the global landscape, the EU is performing better than its competitors like China, Brazil, South Africa, Russia, and India, while South Korea, Canada, Australia, the United States, and Japan have a performance lead over the EU. This year’s European innovation scoreboard (EIS) is based on a revised framework, which includes new indicators on digitalisation and environmental sustainability, bringing the scoreboard more in line with the EU political priorities.
More 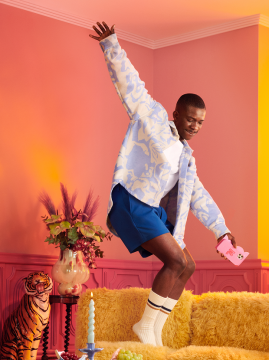 Klarna acquires APPRL, connecting retailers and content creators as global consumers embrace social shopping
July 28, 2021
Stockholm and New York -  27 July 2021 - , a leading global retail bank, payments and shopping service, today announces the acquisition of , a SaaS platform that allows content creators and retailers to work together frictionlessly to bring immersive and informative shoppable content to global consumers. Klarna is a global growth partner for its 250,000+ retailers, constantly expanding the suite of tools they can leverage to engage with consumers in dynamic ways. APPRL, based in Stockholm with a global client base, is the latest addition to Klarna’s growing roster of retailer marketing services, powering merchant growth through the content that allows consumers to shop smarter through inspiration, reviews, customer service or product and price comparison. Klarna’s retailer support offering now includes a , an , and most recently, , a world leader in conversational commerce. Together, these platform services help consumers make informed decisions about purchasing the products they want from the retailers they love and at the best price. APPRL will further enhance Klarna’s marketing services by allowing retailers to connect directly to relevant content creators to create social shopping content and track campaign results through Klarna. Social commerce is expected to account for $84 billion of US retail sales by 20241 with 48% of US Millennial and Gen Z internet users already having purchased products through social channels2. Social shopping is growing across all demographics, and by 2022, 28% of the entire US population are expected to shop across social channels3. Sebastian Siemiatkowski, CEO of Klarna commented: “As social shopping becomes a core element of the retail experience, we believe Klarna’s position at the center of the shopping ecosystem is instrumental in connecting retailers to both consumers and content creators who resonate with their brand audiences. By adding APPRL to Klarna’s existing retailer support expertise, we see a huge opportunity to create an enriching and informative shopping experience for consumers everywhere while accelerating retailer growth.” Martin Landén, CEO of APPRL commented: “We are incredibly excited to join Klarna on its impressive journey and bold mission ahead. As retailers continue to embrace influencer marketing as their growth engine, with an increasing focus on ROI, data and automation, APPRL has been seeing an exponential increase in demand. With APPRL's platform together with Klarna's scale, incredible talent and portfolio of marketing services, we will be able to offer retailers an end-to-end influencer and performance marketing solution that they won't be able to find anywhere else.”
More 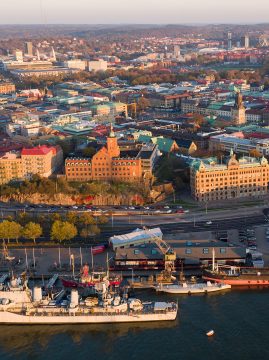 Gothenburg ranked one of the world’s greatest places by Time Magazine
July 22, 2021
Time Magazine has released its rankings for the world’s best places of 2021, and this year, its attention turned to a Swedish city on the west coast: Gothenburg.   This year, the city of Gothenburg will mark its 400th anniversary with a series of events and exhibits. The main installation from the Museum of Gothenburg, Gothenburg Stories, includes interviews with a cross section of 100 locals about life in Gothenburg, and is on display in a public square through September. In keeping with its eco-centric ethos, the city is expanding Jubileumsparken (Centenary Park)—a waterfront area that includes a playground and a heated pool—and the new Hisingsbron Bridge, which has a midsection that lifts to accommodate river traffic, allows residents to bike and walk over the Gota Alv. More than a dozen new restaurants and bars have also opened over the past year, including Monopolet, with its five-course street-food menu, and Dugges Pils, a beer bar that serves everything from jackfruit tacos to wings with Korean ketchup. —Michelle Tchea   The challenges of the past year and a half have transformed our world, and few industries have been as affected as travel, tourism and hospitality. In many ways, our third annual list of the is a tribute to the people and businesses at the forefront of those industries who, amid extraordinary circumstances, found ways to adapt, build and innovate. It shines a light on ingenuity, creativity, revitalization and reopenings in destinations across the world. To compile this list, TIME solicited nominations of places—including countries, regions, cities and towns—from our international network of correspondents and contributors, with an eye toward those offering new and exciting experiences. The result: a list of 100 unique destinations, from the idyllic Portuguese town of Arouca, now home to the world’s longest pedestrian suspension bridge, to the continent of Antarctica, which this December will experience a rare total solar eclipse. And while it may not be possible to safely visit each place just yet, they’re all well worth reading (and dreaming) about until it’s time, once again, to explore. To see the full list, and for more information   Photo Credits: Martiman
More 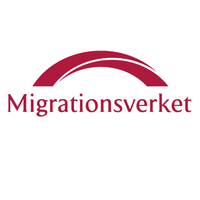 The Swedish Parliament has enacted changes to the Aliens Act, which begin to apply on 20 July. They replace the the temporary law.

There are no transitional rules. This means that, if you have already applied for an extended residence permit or a permanent residence permit and have not received a decision before 20 July, your application will be examined according to the new rules.

To be eligible for a permanent residence permit after 20 July, you must

If you are an adult, you must be able to financially support yourself to be eligible for a permanent residence permit. You show that you can financially support yourself with, for example, income from employment or self-employment. The Swedish Migration Agency cannot yet say how large your income must be to be able to receive a permanent residence permit. More information on this will be published as soon as the rules are clear.

What does Sweden’s new migration law mean for residence permit-holders?

One big exemption is introduced in the new law, which was also the case pre-2016: the maintenance requirement is removed for citizens of Sweden, an EU/EEA country or Switzerland who are bringing their spouse or co-habiting partner to Sweden. This makes it easier for people in this category to bring their partners to Sweden. But it is only being removed if the couple can prove they have lived together in another country, or otherwise prove they have a “well-established” relationship. The law does not set out exact details of how you could prove a well-established relationship. Read more at the Local;
More

Message of deep sympathies
July 19, 2021
The Swedish Chamber of Commerce for the Netherlands express their deep sympathies to everyone affected by the devastation caused by the most recent severe flooding across large parts of southern Netherlands.
More
« 12345« ...102030« ...»Last »